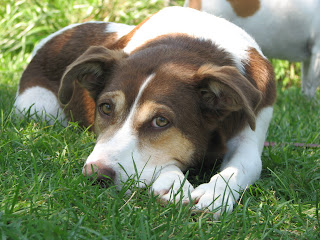 How old is Sally and what kind of dog is she?


Sally , or so we’ve been told, is a  border collie lab mix  … there are times her scenting ability suggests she must have some hound in there somewhere. We didn’t get to meet her parents or even see pictures so we really have no idea. She was born in June of 2006 making her 6 years old through the filming of Saving Dinah.

Has Sally had any formal acting training? Does she have any special experience to prepare her for the role of Dinah?


Sally has only had  two media interviews to date in her role of  Spokesdog for Spay/Neuter for Project Jessie -her rescue group. That said, much of her life has prepared her for her role. She has been well socialized since she came into rescue. Her first foster family did a great job loving her and letting her  grow up, her adoptive home (even tho it didn’t last long) loved her to bits and since she’s come into our lives she’s been exposed to many new things and had lots of chances to keep her brain active and engaged!
How was Sally cast in the role of “Dinah”?


A dear friend Shelly, also Sally’s first foster home, was speaking to the executive producer about trying to fill Dinah’s paws. The script was originally written with a border collie in mind but the director was apparently open to ideas. Shelly thought of Sally and I was asked to speak to the director.  We had a nice chat and I cobbled together a little video of Sally being Sally so he could see her before he met her. I have a little bit of experience animal wrangling … for a stage production of Annie, and two different TV shows;Sally is a bright, talented, hard working soul. The rest, as they say, is history!
What did Sally like best about her acting experience?

I think the the number one thing was getting such steady work. She has an amazing, and enviable, work ethic. Sally is full of joy and nothing makes her happier than working. She loves learning new things so every day in every scene she had to learn the way the director wanted something done. She gave it full attention and focus. She also totally enjoyed her fans within the cast and crew and got to the point where she was pretty excited pulling into work! 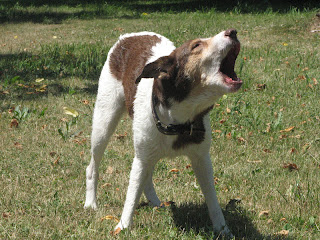 What was the hardest scene for Sally? 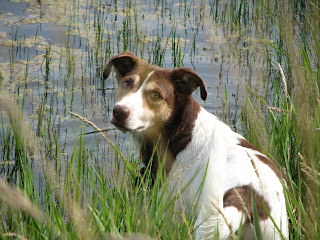 The hardest day physically for her by far was the beach day. The red ants were biting (me mostly – not her as I was brushing them off her), it was hot and because of continuity she couldn’t swim til we were done. (Imagine a hot dog working her heart out on a beach when they love swimming? That’s what Sally gave us.) 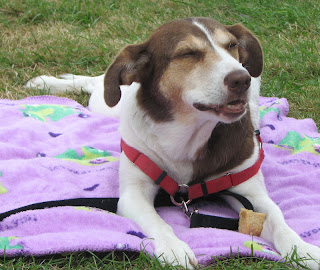 The toughest for her to do was probably one that would usually have been quite easy. She had to listen to a sonnet. Easy enough right? Well, somehow our timing got a little out of sync and Sally became sure there was much much more to it than just listening! 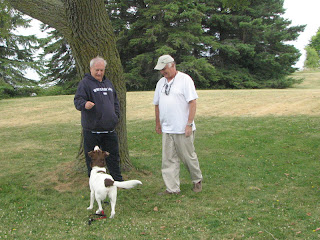 Is Saving Dinah a real movie?


Saving Dinah is a very real movie. It’s a full length feature film that will be opening in LA and various cities in Canada in the fall of 2012.
Is Sally romantically linked to any other famous actor dogs?


HAHA – good one – nope! She is spayed and very happy hanging out with her doggy friends and helping take care of the foster baby animals that come through our house!
How long does it take Sally to learn a new trick?


Not long at all. Once I figure out what I want it to look like and how to “capture” it it’s usually a matter of three or four repetitions before it can go on a cue. Sally has been wholly positively trained and the vast majority of what she has learned has been through shaping. She learned how to weave through my legs in less than a week. One day on set I realized she wouldn’t be able to see the hand signal for down (usually my hand goes behind my back) so I had to teach her a new one (I just put my hand  on my head). It took one verbal cue linked to the hand on head for her to ‘get’ it. Have I mentioned she’s a smart girl?
What is Sally’s next project?


I’m on leave from my job for the next year so we will do agility and learn some new things together and hopefully have fun promoting the film.
Have Sally’s trainers done this before?

As I mentioned above I had the chance to work on 2 TV shows with a wide variety of animals (dogs, cats, bottle fed tiger and calves come to mind!) and a stage production at the Elgin Theatre in Toronto with my senior dog, Brody. 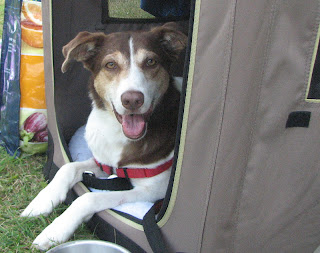 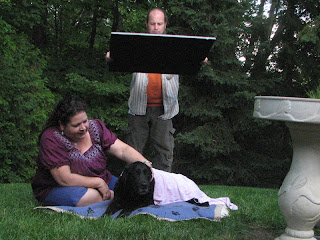 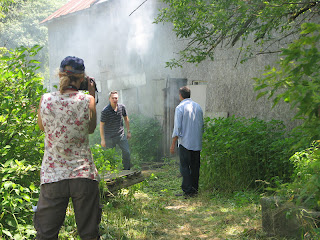 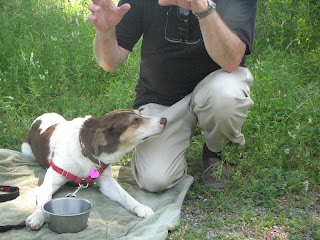 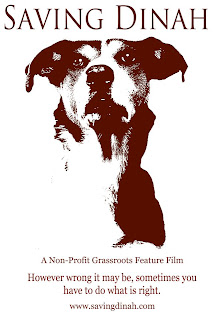